There are moments at the abbey of Valsaintes that cannot be forgotten. The winter solstice is a precious moment of emotions and sharing and we invite you to join us from December 17 to 21, 2022.

Program and prices 2022 to come. Opening of reservations September 2022.

Only on online reservation (see below) Possibility of payment by credit card or check.
Prices :

Identical program for the 5 days.

In case of absence the places are not refunded

From December 18 to 22, the church of the abbey of Valsaintes hosts a solar event due to the height given to the oculus on the south facade, to the depth of the church and especially to the natural orientation of the nave by relative to the North-South axis.
Indeed, unlike most churches which are oriented East-West, that of Valsaintes in Boulinette is oriented north-south with an offset of 22.5° in relation to this axis.
At 2:32 p.m. sharp, when the sun is perfectly in line with the church, a disc of sunlight illuminates the center of the altar.

This luminous effect, rediscovered by chance, only occurs at this time of the year. We therefore celebrate this particular moment of the year, symbol of the renewal of life expected in the darkest of winter. 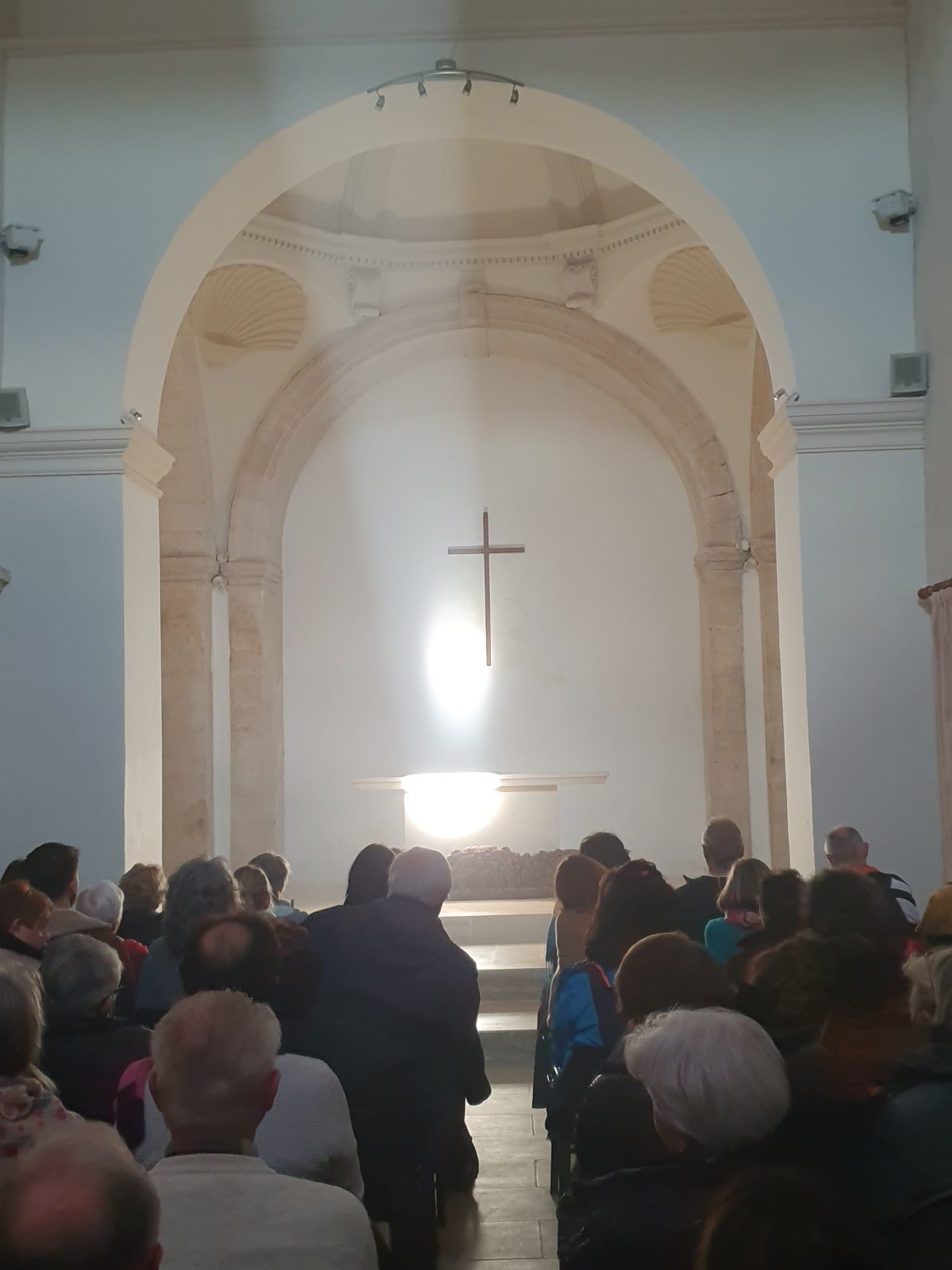 We will also hear Jean-Louis Moine who will perform Gregorian chants in this church with such a special sound. We will then understand better why the monks devoted seven offices a day to chanting. And Jean-Louis Moine will allow you to touch the full vibratory range. 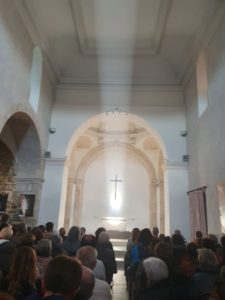 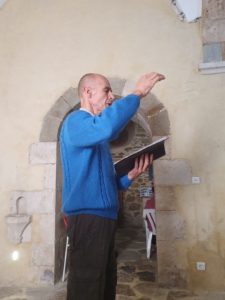 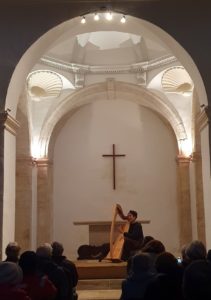 Still and sparkling water at discretion

Wine by the glass or carafe in addition (50 cl) 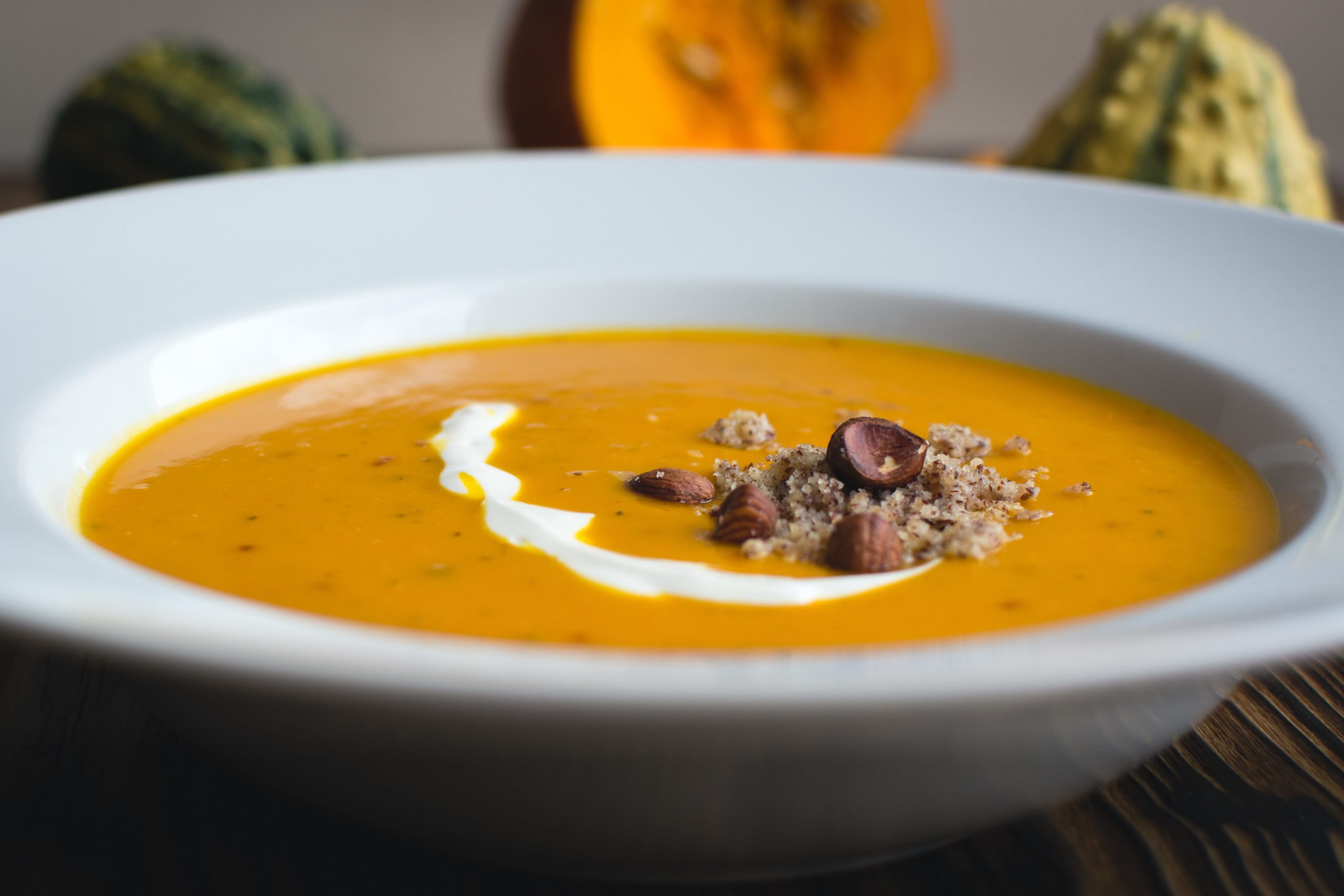 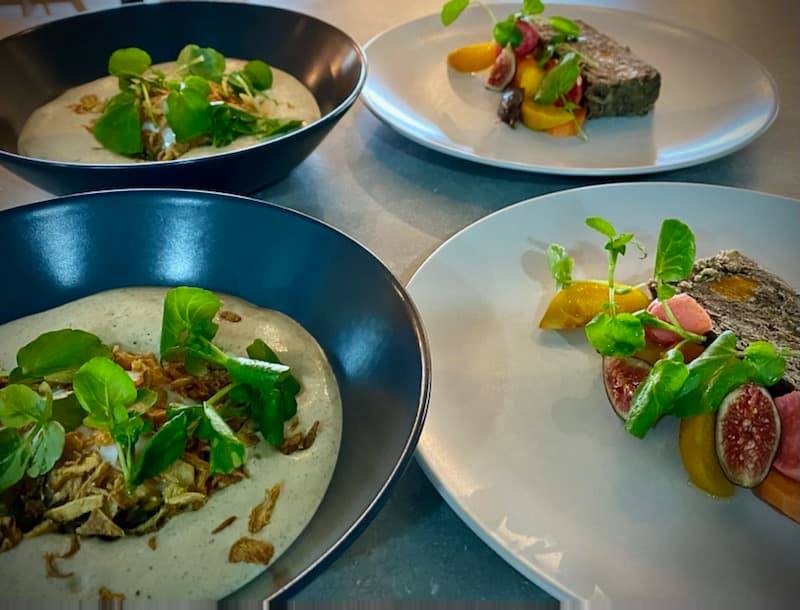 Concert of the I Sententi

The solar voices of Johan Genin-Brandt and Céline Etter, accompanied by the unusual instrumentarium of the I Sentieri ensemble, take you on a discovery of a rich repertoire.

Programs composed on the themes of dreams, freedom, hope and revolt, evoking the torments of the soul and future hopes.

Follow the path traced through the springs awakened by

“I Sentieri” with, in these lands of interbreeding, the watershed line between scholar and popular, traditional and contemporary. And even more by this freedom with which the whole plays, to the delight of the public, leaving plenty of room for improvisation, the unexpected, encounters, in a word: life.

Crossing countries and centuries in music, being intoxicated by waves and voices, criss-crossing the confines of our beautiful planet, hearing the sand crackle while listening to Corsican serenades, tarantellas, sung in dialect as we did in Puglia and Sicily in the 17th century… This is the cruise offered by I Sentieri.

You will sail from East to West, from North to South, from Ireland to the Balkans, around the Greek, Corsican and Italian coasts, lulled by the waves and the enchanting dialogue of the musicians.

Sunshine and poetry are at the heart of I Sentieri’s new odyssey.
More information on the website: Home – Ensemble I Sentieri 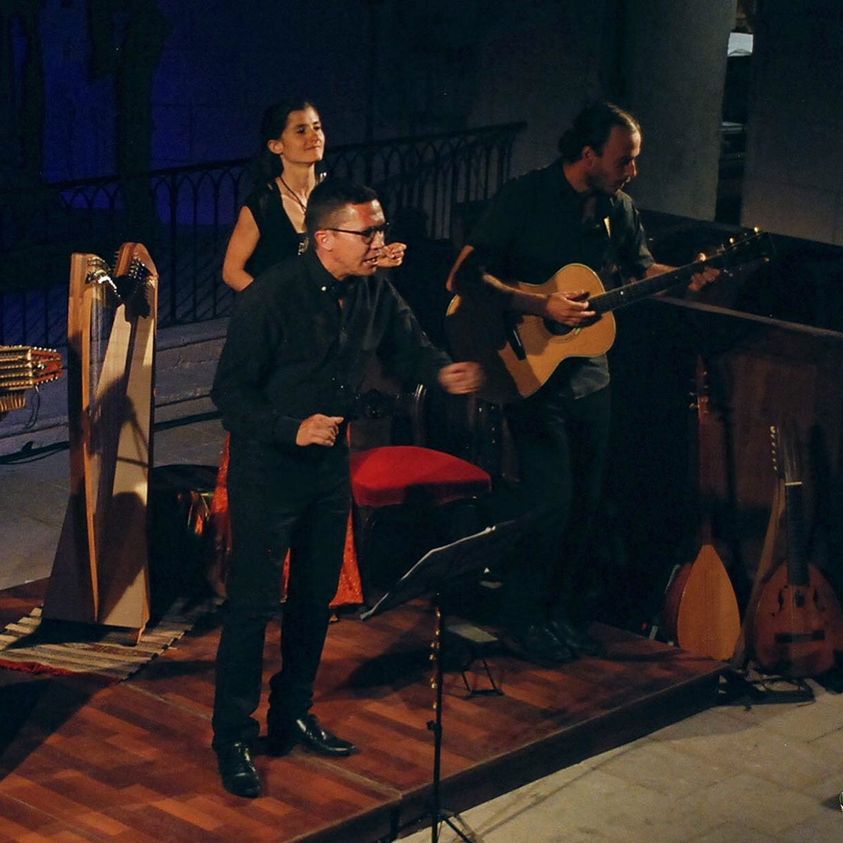 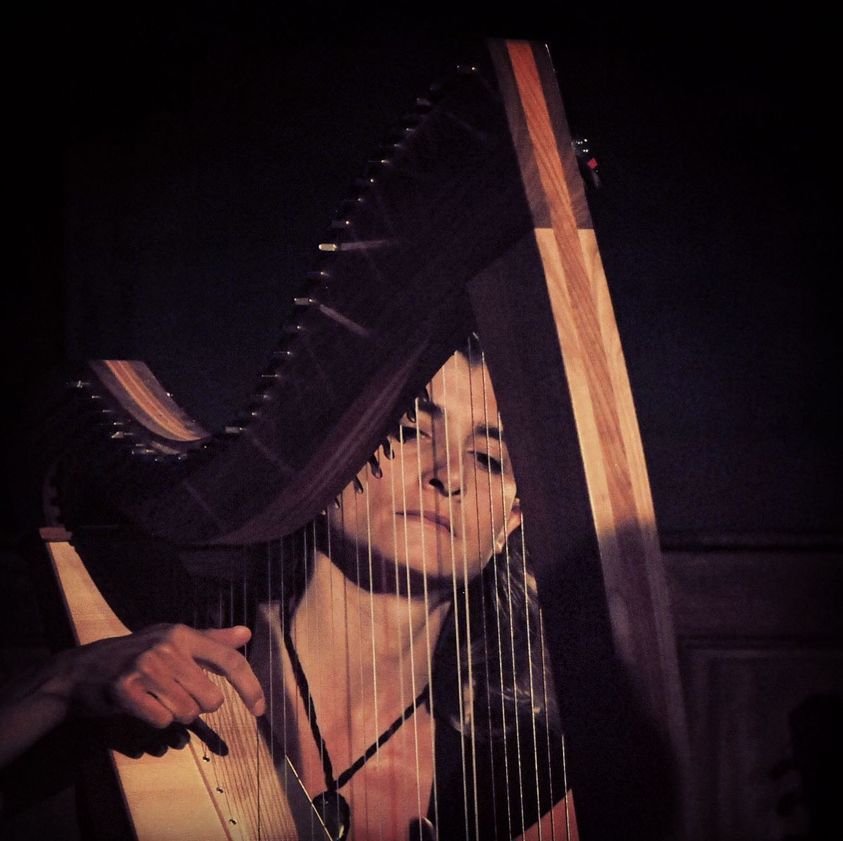 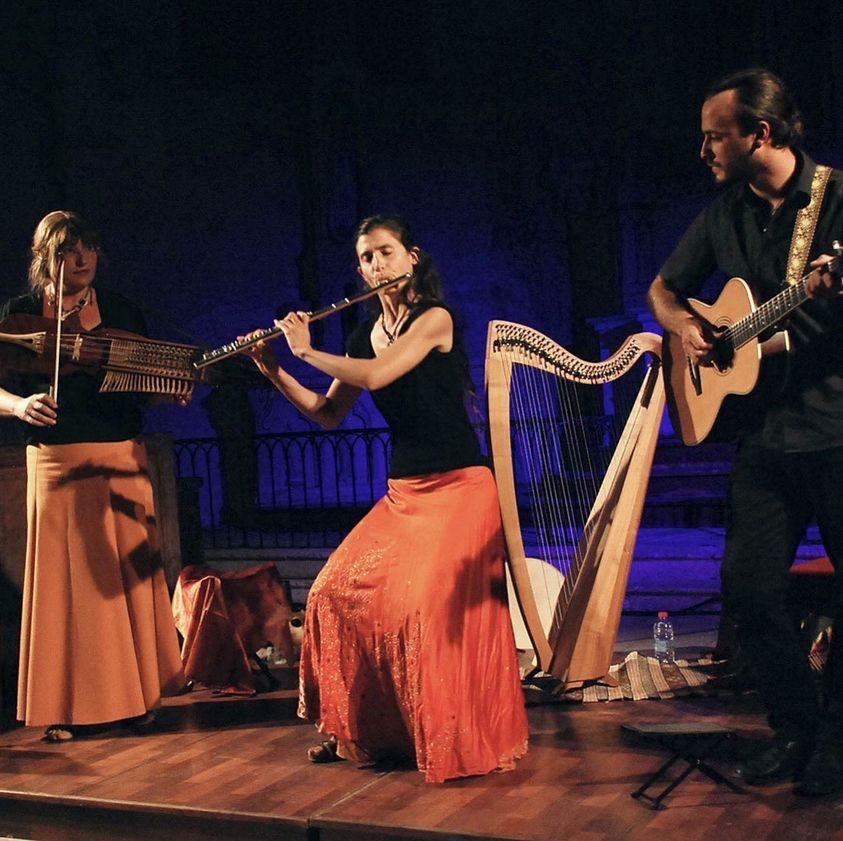 Possibility to book your accommodation

Our guest rooms and our gîte can receive you on the occasion of the Solstice to prolong your presence among us.

Possibility of full board.